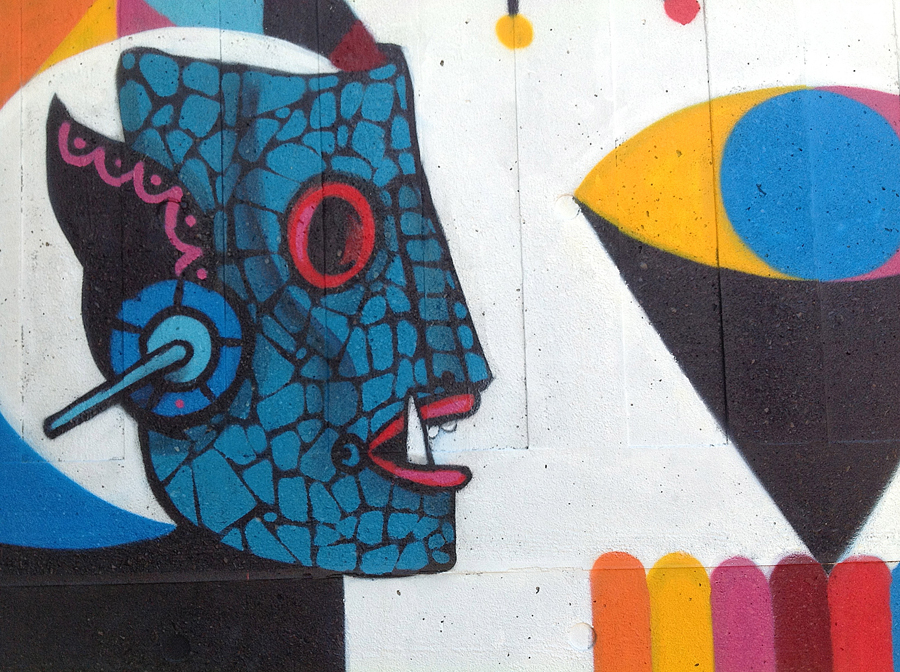 The Wahaca Southbank Experiment is now open! – featuring the vibrant paintings of Remed and Saner. As previously mentioned in my blog Wahaca kindly invited me to curate the production of murals for a bold new experimental site they had planned in the heart of London’s South Bank. 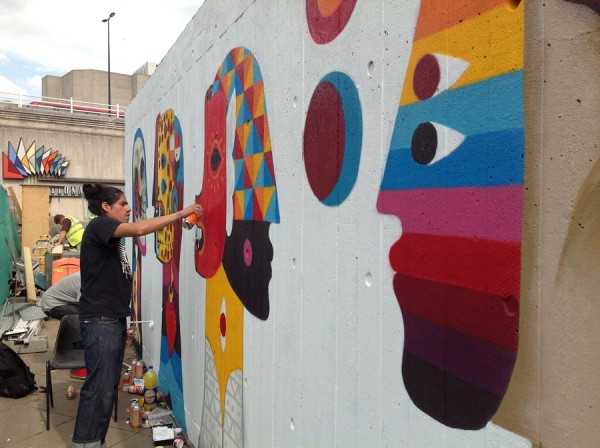 After all the preparations and work that had gone into the project beforehand, it was great to see the walls come alive day-by-day as each artist reacted to the various spaces that were available to paint. Over a period of a week’s painting the artist’s created a great fusion of their styles – Remed’s clean modernist figures, symbols and patterns mixed with Saner’s folkloric-inspired mystical characters. 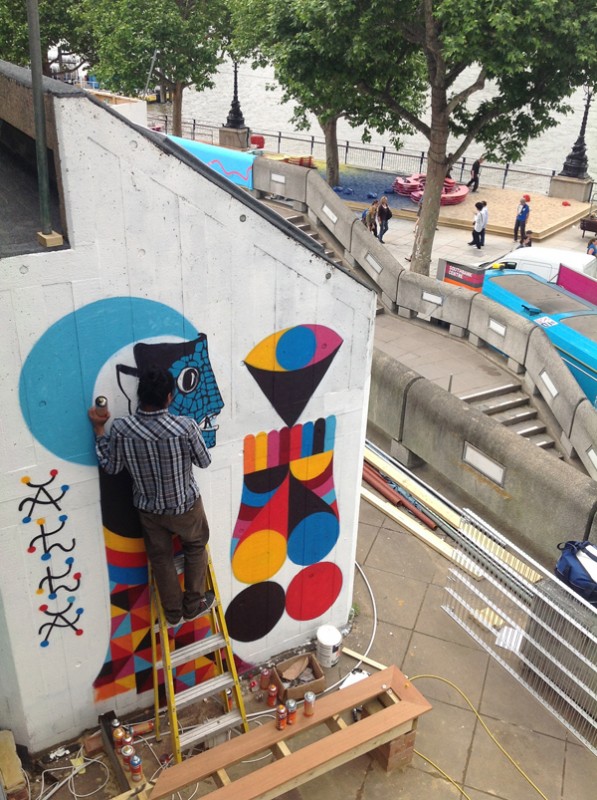 In a game of mix and match Remed and Saner painted masks on each other characters as if shuffling a deck of playing cards between them. Into the mix, Remed introduced astrological symbols and the main mural, which faces the river, embraced the loose theme of the sun and moon, although the work could be interpreted in various ways. 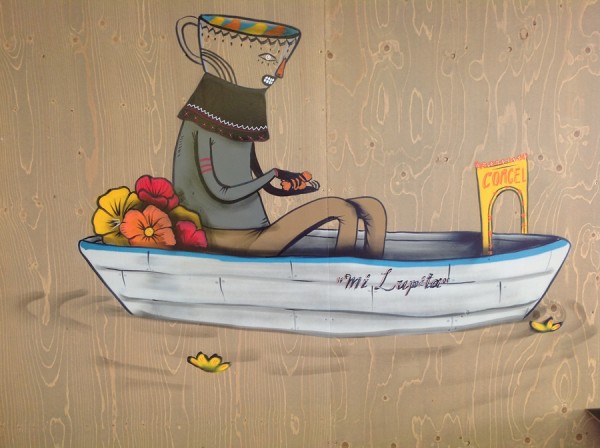 Inside the sea containers Saner produced some lovely illustrations scattered around the space such as this one entitled ‘Mi Lupita” – which references the “trajinera“richly decorated boats found in his native Mexico City. See initial sketch below.. 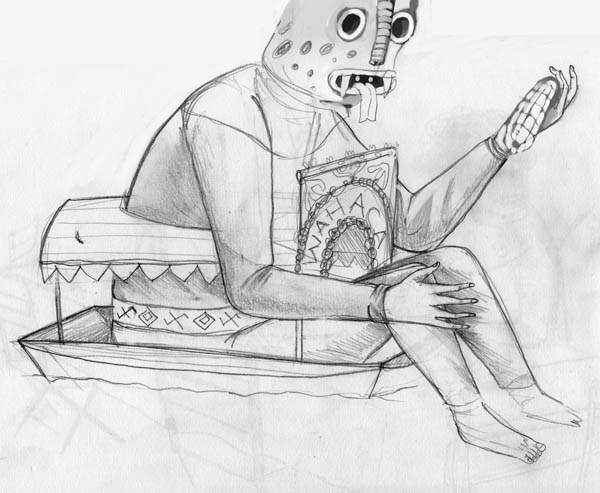 There are many more pieces around the site that I haven’t yet photographed well so its worth an explore. More of my photographs can be found here. 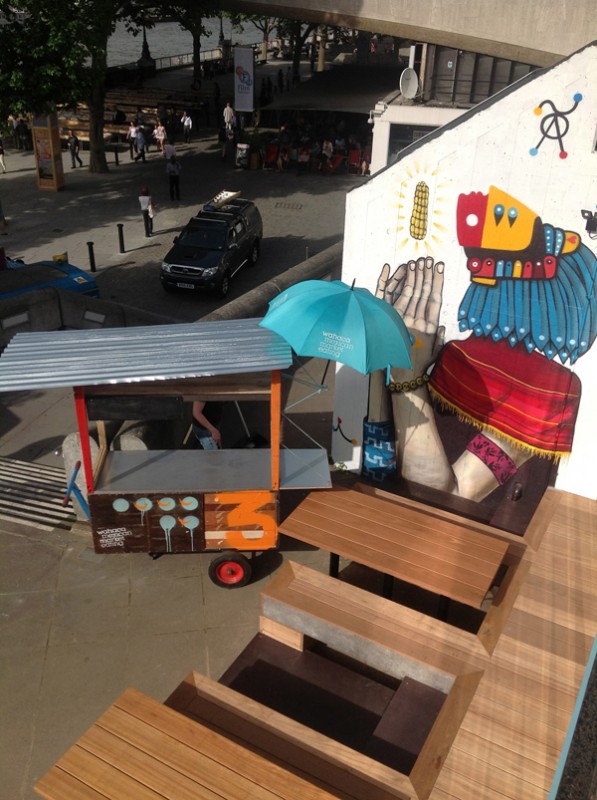