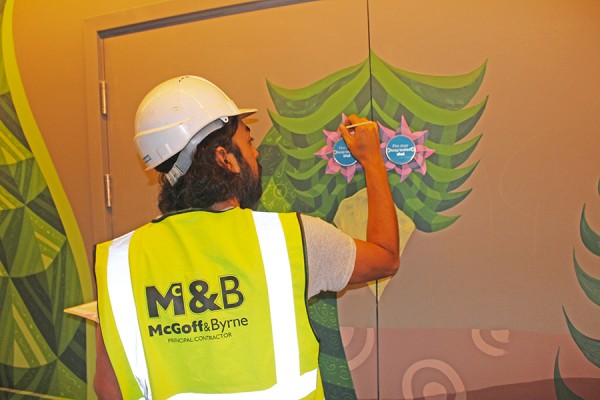 It was a great pleasure some weeks ago to work with Mexican artist Le Super Demon to create interior murals at Wahaca’s new site in Manchester. 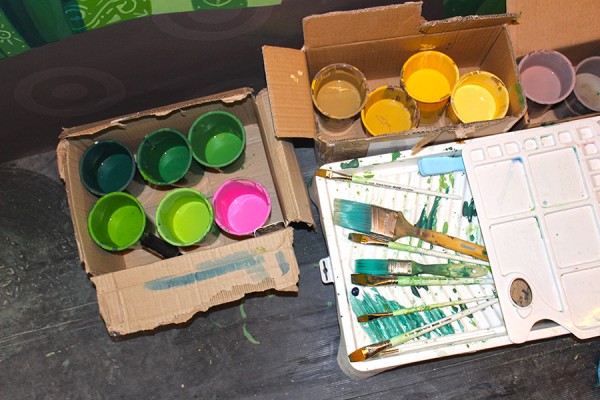 Raúl Sisniega aka Le Super Demon is an artist and designer based in Mexico City who has fascinated me for a while – I love his use of colourful geometric patterns that are the skeletons of his work that build up into fragmented mythical beasts or folkloric creatures. 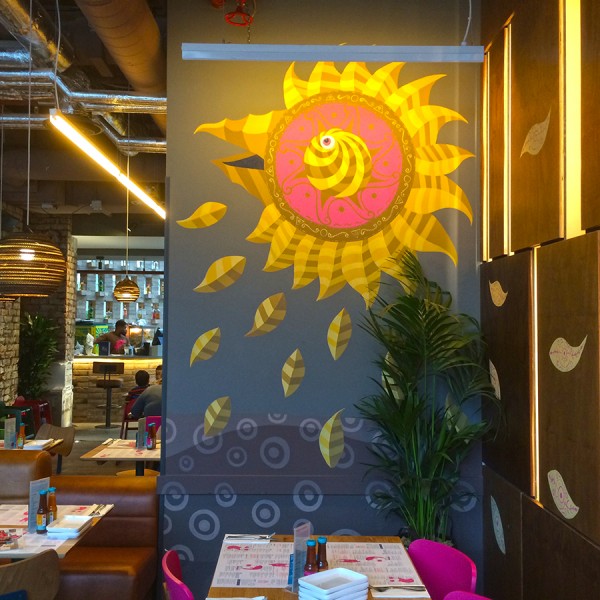 Since the new Wahaca site is set inside Manchester’s Corn Exchange it seemed a great idea to reference this in the work. In Mexico corn is seen as the food of the gods and in the mural that he produced for Wahaca his concept was that of a Sun god feeding his children – the Corn.

The mural also makes great use of the space telling a story across numerous surfaces. Now that the site is open I was able to take some shots in its first days open to the public…. 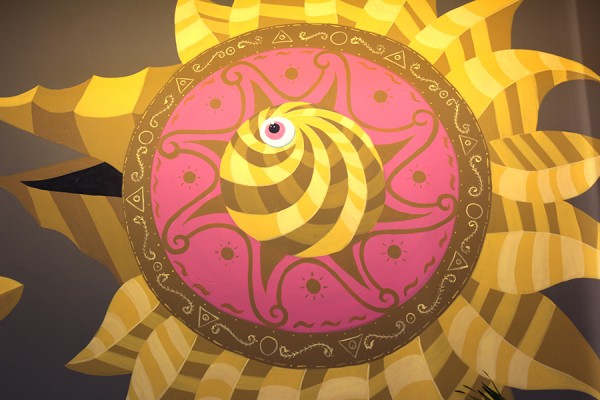 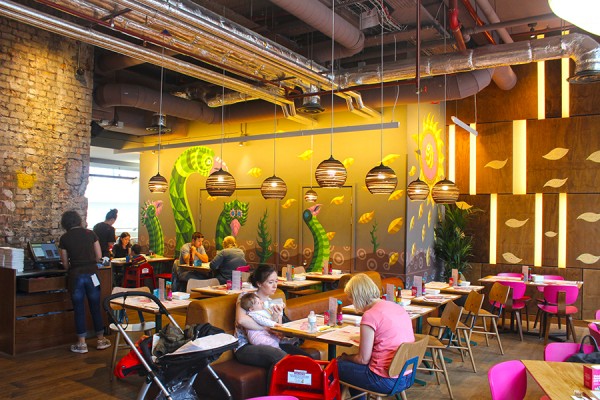