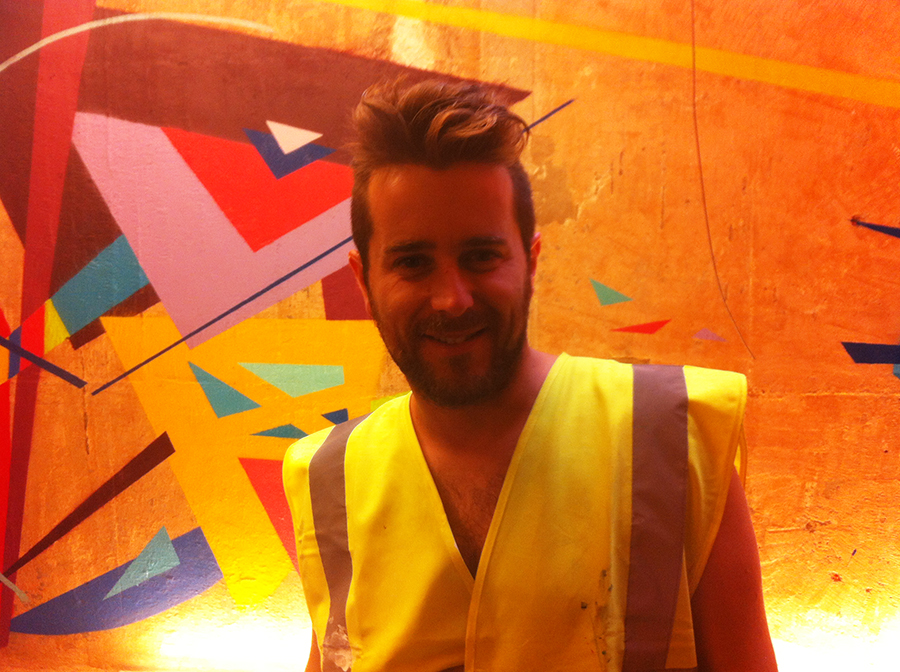 Posted at 06:47h in News by Tristan Manco

In my continuing curatorial role for Mexican street food experts Wahaca, I was very pleased to invite Kenor from Barcelona to create artworks at their new spot on Great Portland Street, just off Oxford st. I’ve long had a love of Barcelona street art since first travelling their in 1991 and then since 1999 I began to document it regularly for my first book Stencil Graffiti and in later books Street Logos and Street Sketchbook. In all that time, Kenor’s work has been a key part of the scene and watching his work develop I felt it would really suit Wahaca’s style and ethos. 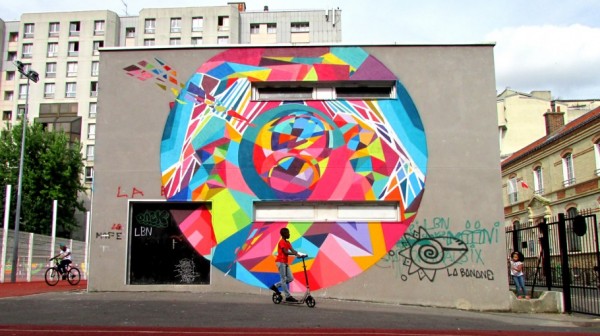 Particularly in the last ten years he become recognised internationally, being invited to paint huge scale murals at prestigious street art festivals such as Art Basel, Miami and for institutions and key locations such as Parc de la Villette in Paris. Besides painting murals he has been following in his artist father’s footstep’s to work with painted ceramics, sculptures and work on canvas. This September he is star of a solo retrospective “Polyrythmic Beats” at Galerie Celal in Paris from 11/09/14 until 4/10/14. 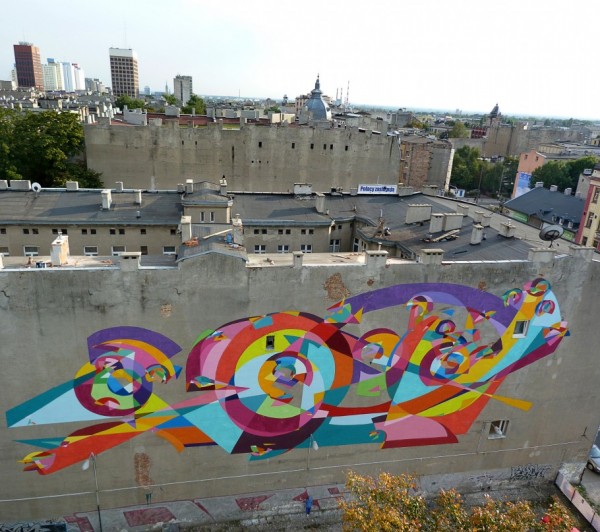 Kenor is known these days for large scale works so for Wahaca it was a more domestic setting although there was scope to create work from the window facades of the corner fronted building inviting the viewer into the space. Then the mural continued at double floor height into the basement and around into the window ceilinged alcoves under the pavement into the nooks and crannies of the building. 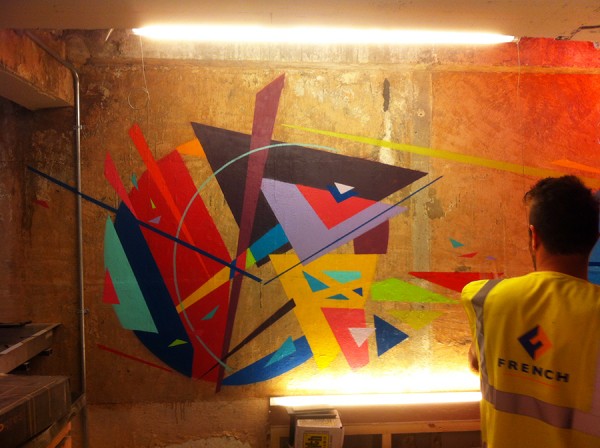 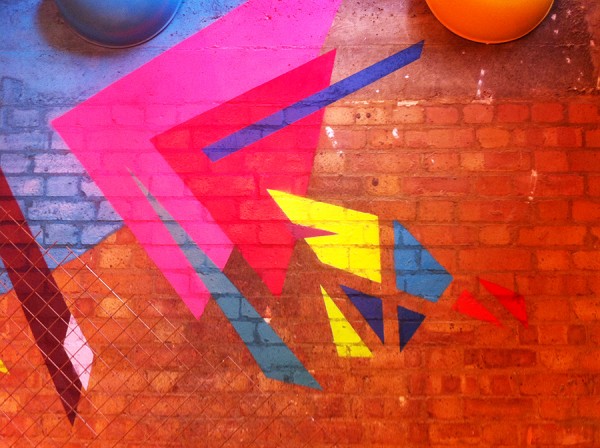 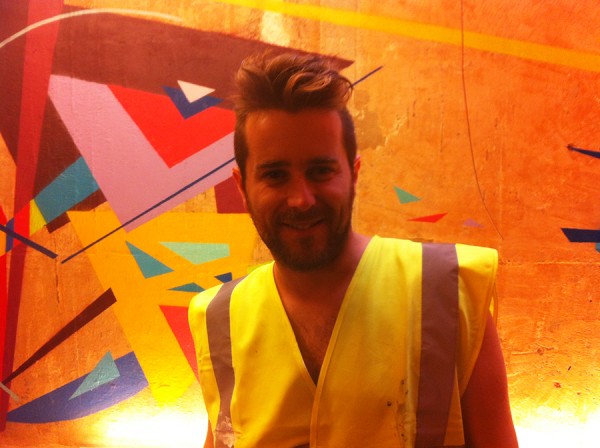 Something we hadn’t tried before for Wahaca is to create work on the window glazing, which at first the artist attempted with spray paint. The results were good but very time consuming and limited. Luckily we discovered a shop opposite the site which had a huge range of coloured vinyl which the artist was able to cut to his abstract designs to make the final work more durable and detailed… 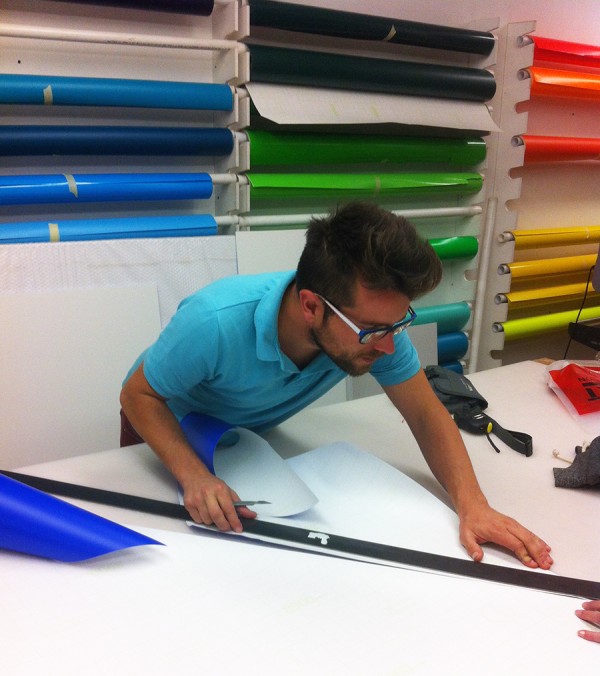 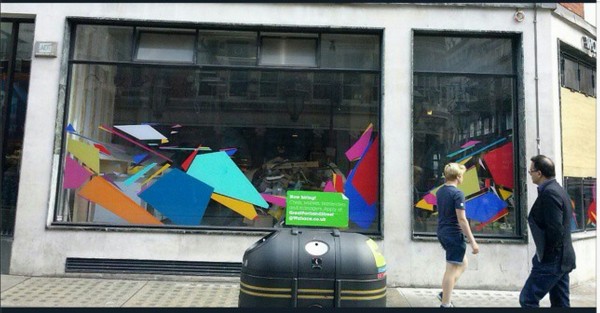