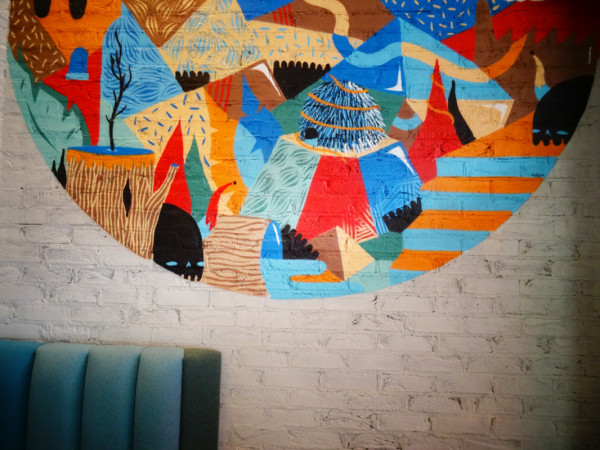 Mexican street food experts Wahaca open their newest restaurant in Wimbledon this week. Following in their on-going arts programme – I was involved in inviting up-and-coming artist GoddoG to create large scale murals for this new space. After first planning beforehand with architectural drawings and sketches we finally got to work with the GoddoG in the space a few weeks ago the final results look smashing! 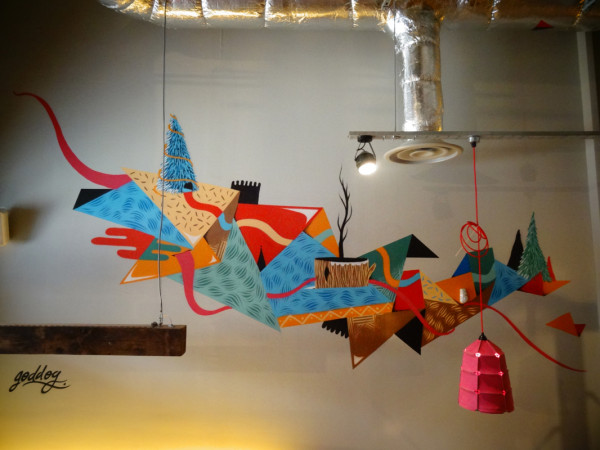 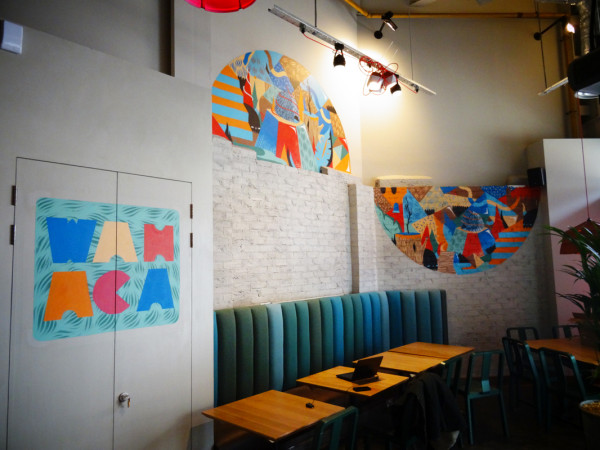 GoDDog aka Damien Mauro is based in the historic city of Avignon in South Eastern France. A self-taught artist, GoDDog learnt to paint after being introduced to graffiti as a teenager. Having always loved drawing his style began to develop over time by painting on the street alongside others – what he calls “a Street School of Art”. Besides graffiti he cites the influences of pioneering painters such as Jean Michel-Basquiat, Gustav Klimt and Francis Bacon. Even more influential have been his travels and experiences abroad in India and Asia, which opened his eyes to traditional arts and crafts. Most recently he has become interested in the indigenous arts of South America and the graffiti culture of Argentina, Peru and Mexico. 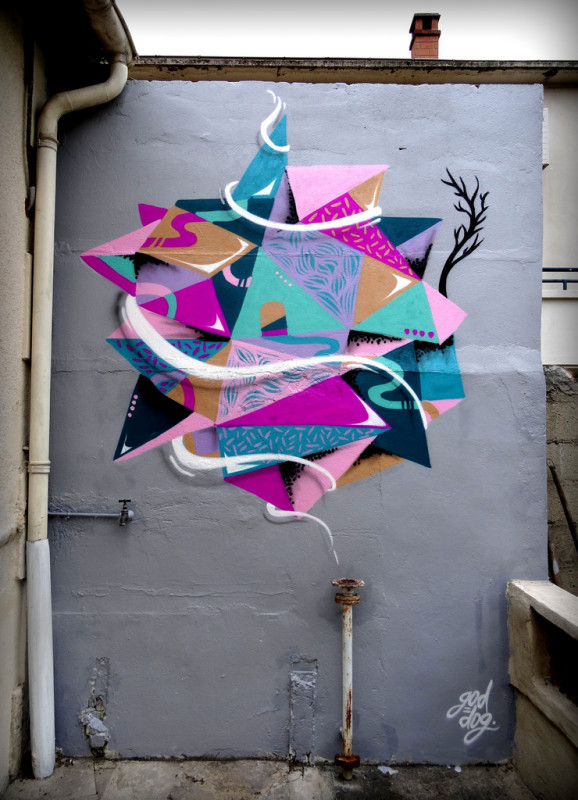 In interview he states, “My paintings are often colourful mysterious creatures, all curves and sometimes wearing fur… I create the material of my creatures with textures that are often precise and meticulous. The idea is to “re-awake” the public’s imagination and inner child. I like to compare my work with the urban world to make it more attractive and fantastic.” Through his graphic language, GodDog conjures up a world of fantasy made of futuristic shapes crafted in various ways from skulls to figures and mythical creatures. He also plays with colour contrasts, fickle forms and geometric shapes. 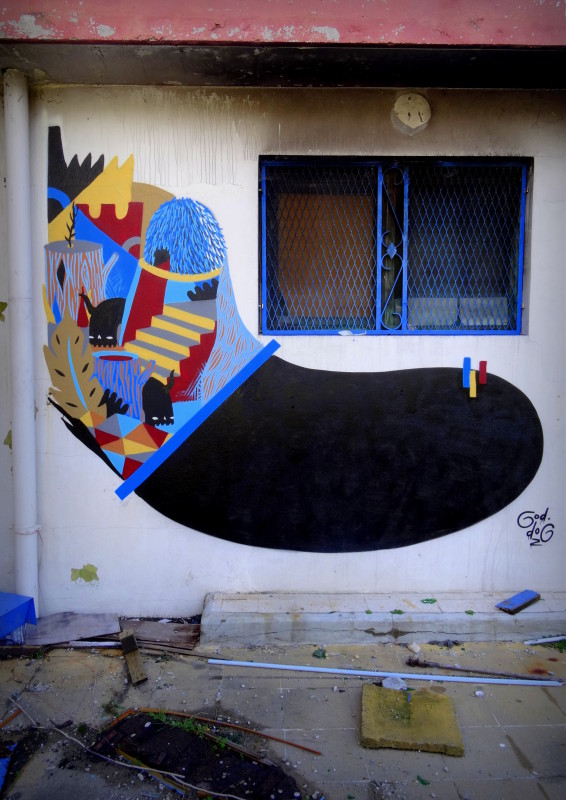