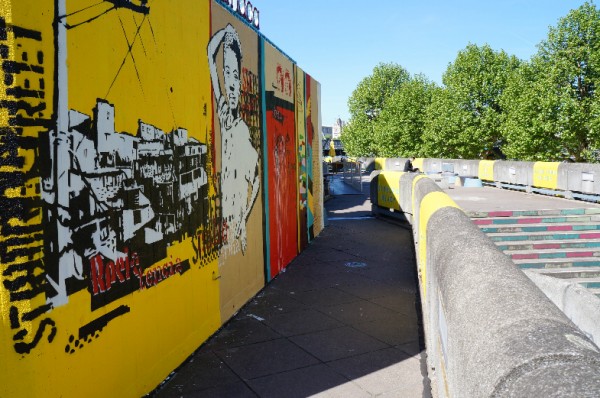 Last year it was a pleasure to begin working with Wahaca, purveyors of Mexican street food who are full of innovative ideas. My work with them is in a curation role, by introducing to them interesting street artists from around the world and matching the right artist to a particular space or project. This can involve planning with architects, artist liaison, production and documentation. 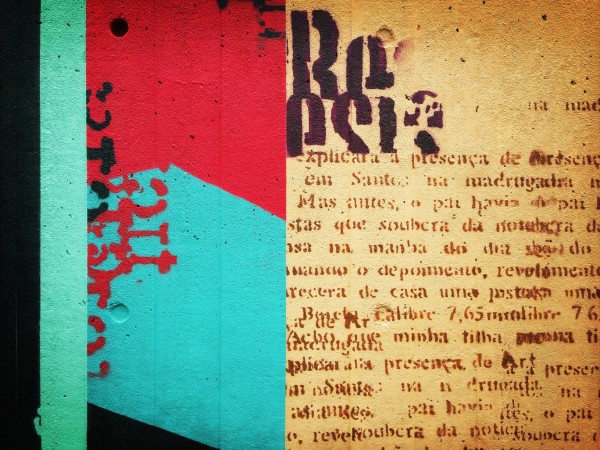 One of their most interesting projects is the Wahaca Southbank experiment – a temporary space created from sea containers set in the iconic setting of London’s Southbank Art centre. I was lucky enough last year to be invited to work in its initial phase and to fly in the artist’s, Saner from Mexico City and Remed from Madrid, to create murals inside and outside the space. The plan has always been to update the murals as time goes by and so it was a great pleasure this year to invite Daniel Melim, a Brazilian artist whose career I’ve been following since around 2003. We did however leave some pieces from Remed and Saner untouched so that the site builds up its own artistic history. 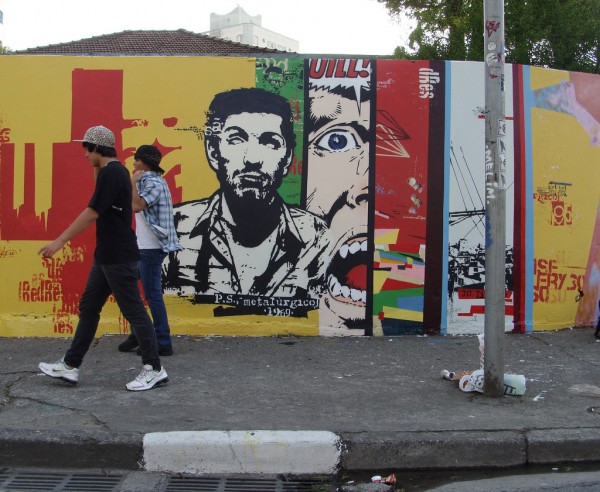 Daniel Melim is an artist based in São Bernardo do Campo in the south of São Paulo.
He principally uses stencils to create his colourful work, which he applies in a highly original way – by accentuating imperfections such as paint drips or using the same mask twice giving the idea of a printing error. In this way his work is a build up of textural and collagic layers. 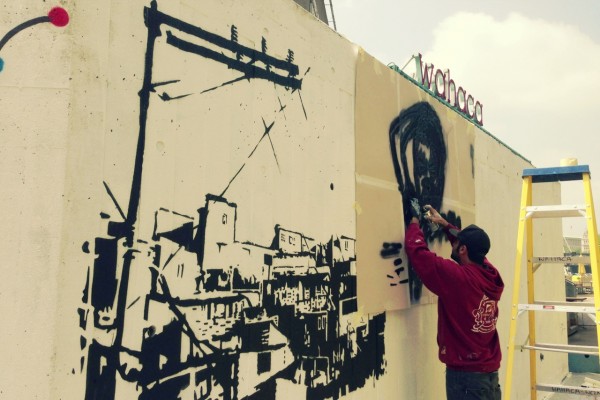 In Melim’s artwork and outlook there is a component of social activism. As the son of a teacher, his own fine art education led him to become an art teacher himself for four years. In 2006 he was drawn to volunteer and community work, setting up art workshops for community teens in the Ferrazopolis slum. This work continues and has resulted in huge site-specific projects. Melim’s studio-based paintings and installations have been exhibited at MASP and Afro-Brasil Museum, both in São Paulo as well the Valencia Biennale in Spain. His workshop project Casa da Cultura continues and is funded by artist’s volunteering and sponsorship including some donations from the UK based ABC Trust.

Melim’s work created for Wahaca’s outside spaces was in response the Southbank’s Festival of Neighbourhood season. IN his words “My idea is to create different pictorial planes through the vertical bands, composing distinct colours side by side, as part of the work, creating a contrast and yet a harmony between the different parts. Along with the Latin culture of the communities and all the richness of colours and textures inspired by this culture.”