Sickboy’s mix of Pop Typographic Architectural Spiritual Funk has always been my cup of tea….

He is an artist who I’ve had the pleasure of following for almost a decade – (Don’t worry I don’t mean literally following). But due to watching his work grow on the streets of Bristol and over the years supporting his solo shows I guess you could say I’m a big fan. He’s featured in three of my books, Street Logos, Graffiti World and Street Sketchbooks so its always a pleasure to see him reach new milestones. 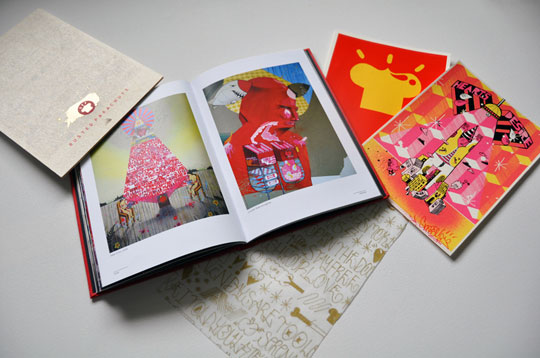 Finally he has released his own book which is a retrospective of his work – add featured an introduction penned by myself.

It comes handsomely cloth bound in special collector’s box with special prints – a must for any fellow Sickboy fan.