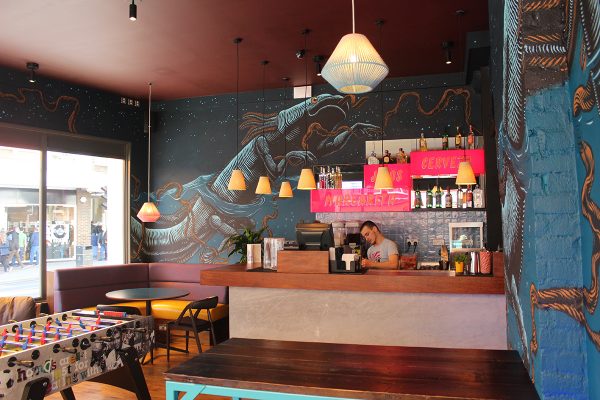 Catching up on my blogging news it was a pleasure earlier in the year to be able to work with the super talented Mexican artist Mazatl for the creation of artworks at the new Wahaca site in Brighton. Mazatl is a painter and printmaker who lives in Mexico City where he takes part in several collectives seeking social / political / environmental justice. His work predominantly features animals in a symbolic way to depict struggle and the indomitable spirit. 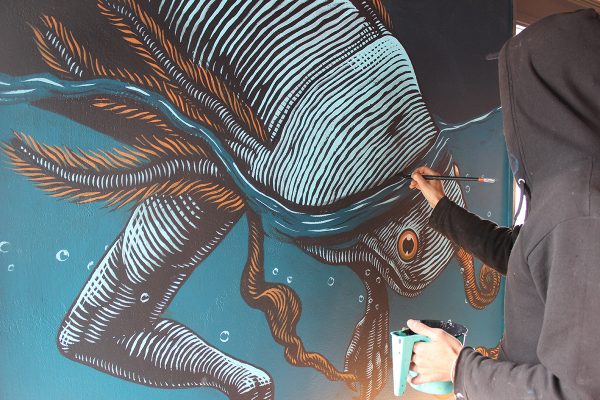 For Wahaca in Brighton he focused on a fascinating creature – the Axoltl or Mexican Salamander – whose native habitation is Mexico City, although none are reported to be living in the wild. As part of the project we made a film for Wahaca TV in which the artist explains more about the installations in his own words…

As a printmaker his style is characterised by strong use of detailed black and white designs through relief prints. On the street his work is influenced by the prints but introducing limited colour palettes. With the Brighton site we had the opportunity to display some of Mazatl’s original prints in the private dining room. 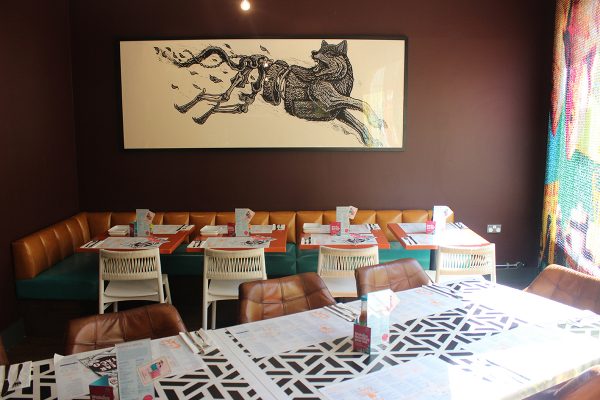 As part of my curation work for the dining room I was also able to showcase original artworks from other Mexican artists such as Buytronick who produced an amazing quadriptych stencil piece over four panels of old street signs for us while we also commissioned another famous stencil artist, Acamonchi from Tijuana – to produce hand-screenprinted posters which we used a wallpaper background for an entire wall. It was great to include these artists as well, since Buytronick and Mazatl are both part of the same painting crew – APC and Acamonchi was one of the artists I featured in my first book Stencil Graffiti. 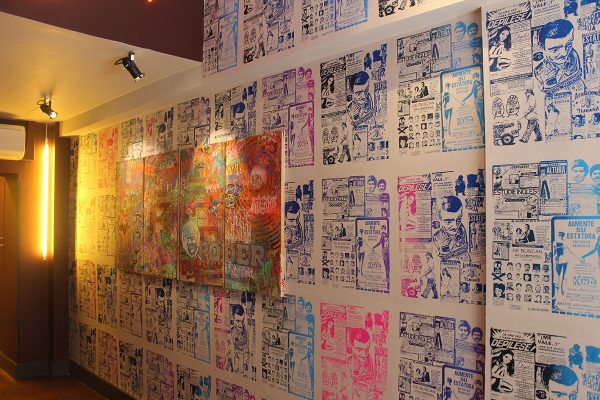