I recently helped out with an article The Independent on Sunday published last week (03.06.12). Journalist Genevieve Roberts asked for my opinions on Kurt Perschke’s fun and friendly Red Ball Project and I was happy to oblige with some thoughts – some of which were quoted in the article. The Red Ball Project is currently doing a tour across the UK starting in Torbay and ending up at the Southbank. 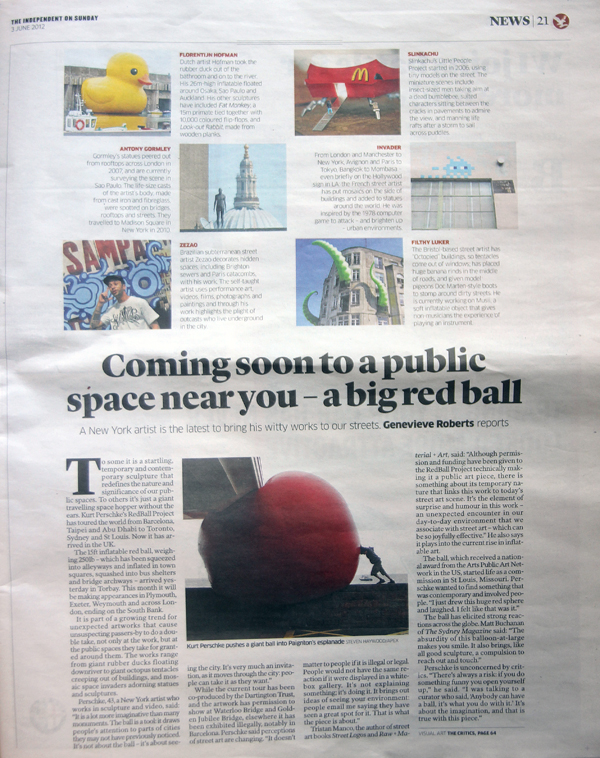 I was also able to suggest a couple of other artists that used inflatables in their work which Roberts kindly featured in her piece – such as Florentijn Hofman (who features in Raw + Material = Art) and Bristol’s own Filthy Luker who is known for his “Art Attacks” which often use inflatables.