Last month I took part in a debate called …Capitalism? held at NHH Norwegian School of Economics in collaboration with the Nuart Festival.

NHH, a leading business school in Norway, had the idea to use street art as a way to engage with how the institution was perceived internally and externally and more broadly to comment on ideas about economics and capitalism.

NHH perceives itself as an institution with long and proud traditions and as a key player in the Norwegian economy both when it comes to educating future economic‐ and political elite and as an contributor in contemporary societal debates. However, NHH may also be perceived as an intellectual gatekeeper for capitalism and economic liberalism, a conservative environment where debate only takes place within the “safe” boundaries of the institution and as being little accessible for “normal people”.

To challenge this perception of NHH, the school collaborated with Stavanger’s Nuart festival to invite some of the world’s most renowned street artists such as Escif, M-City, Dolk and Eine to comment on NHHs ideological foundations on the schools huge walls. The artistic comments from the street artists was be supported by an academic program of presentations of which I was a participant. 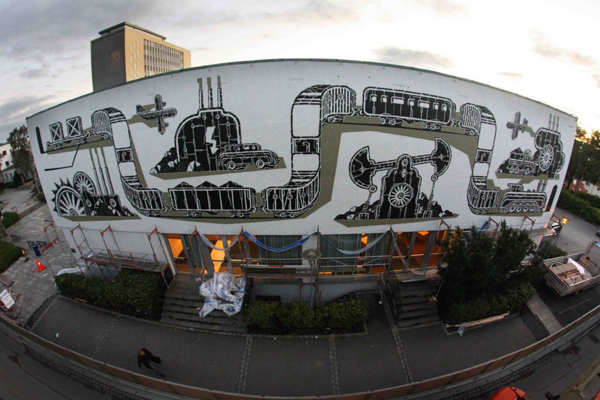 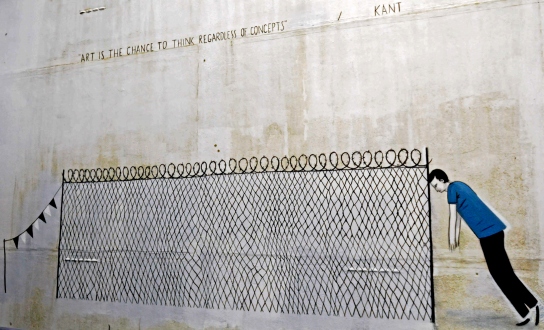 The works created by the artists can be found on their website along with videos of the conference. The presentation by fellow speaker Evan Roth which centred around ideas about open source was very inspiring. It was interesting to note that the expectation was that the murals produced would be confrontational and controversial – but given complete free reign to produce whatever they wanted the artists produced work that was more contemplative and intriguing. 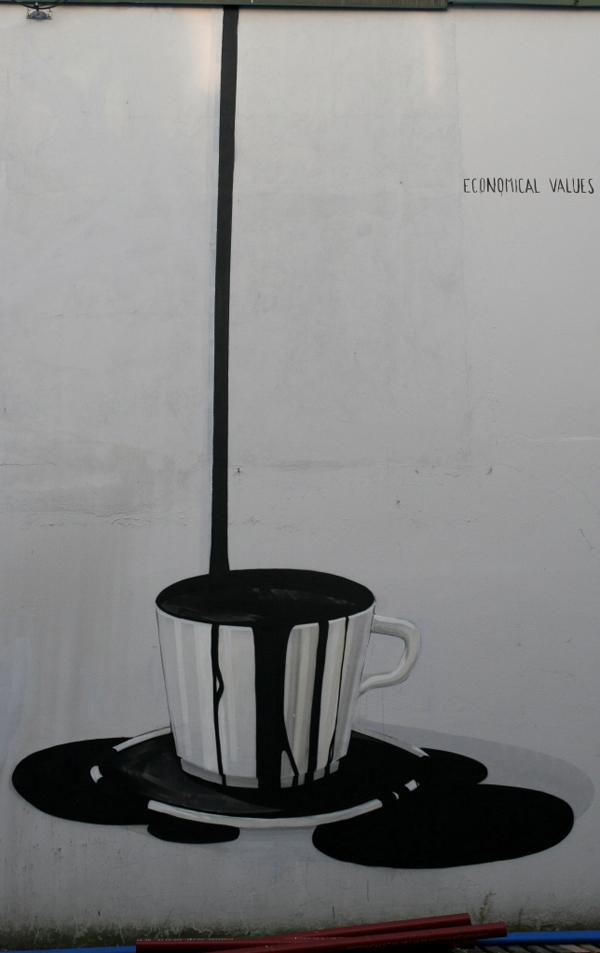