Are We There Yet? Book design 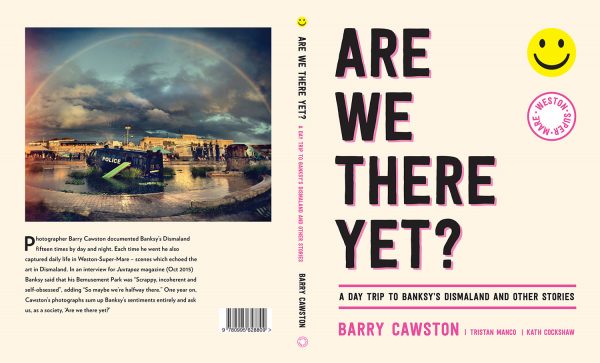 It’s been eight months in production but I’m pleased to announce that Are We There Yet?, A Day Trip to Banky’s Dismaland and Other Stories, a photographic-documentary book I designed for photographer Barry Cawston is now at the press with copies expected in three weeks. While I’ve worked on many large books before as an author for Thames and Hudson my role is usually as an art director, selecting images and suggesting rough layouts as I work with their freelance designers and in-house teams, in this instance my role was to create the whole 240 page book from concept to layout in collaboration with Barry Cawston. With a huge number of revisions and re-edits we have strived to get the flow of images, captions and texts just right – fingers crossed the results are looking great. 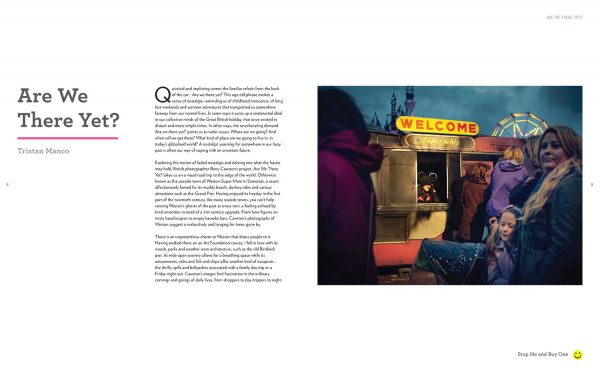 The idea of the book was to celebrate last summer’s Dismaland project held in Weston-Super-Mare and to contrast it with images taken in its environs during that time. In the words of the copy on the back of the book – ” Photographer Barry Cawston documented Banksy’s Dismaland fifteen times by day and night. Each time he went he also captured daily life in Weston-Super-Mare – scenes which echoed the art in Dismaland. In an interview for Juxtapoz magazine (Oct 2015) Banksy said that his Bemusement Park was “Scrappy, incoherent and self-obsessed”, adding “So maybe we’re halfway there.” One year on, Cawston’s photographs sum up Banksy’s sentiments entirely and ask us, as a society, ‘Are we there yet?.’ 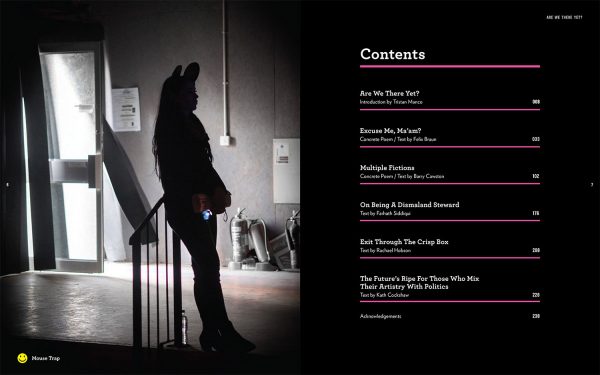 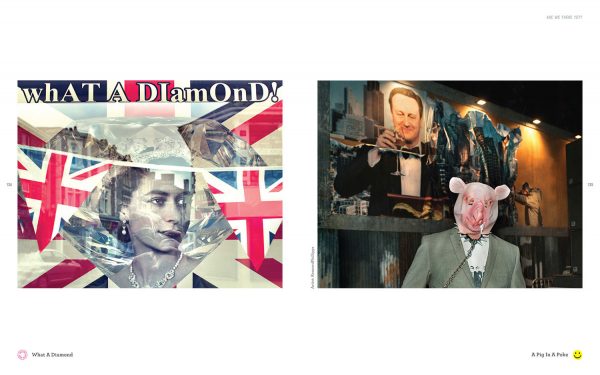 It was a real pleasure to work on this project firstly as I thought Dismaland was a brilliant event which I was lucky enough to contribute to, secondly I have always had a soft spot for Weston and finally Barry’s photographs were fantastic, capturing something of the social and political zeitgeist as well as daily life. This is also the third book/catalogue I have designed for Barry since Influx in 2012 and Exposed in 2014. 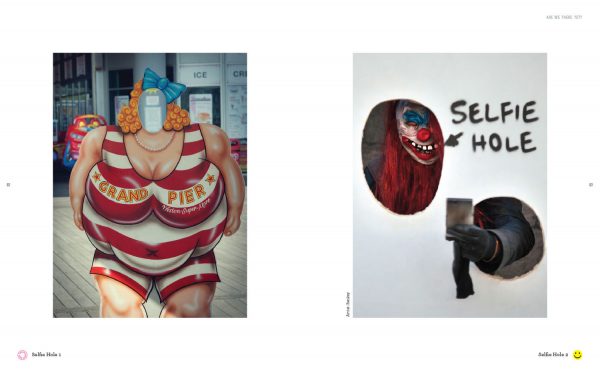 Since the topic of the book was one I am strongly interested in, particularly in ideas about using art for social change, Barry gave me the opportunity to write an introductory essay to the book. Further contributors included Kath Cockshaw (Hopperprojects) who contributed an essay and was also involved in the concept and production of the book as well as too many other jobs involved to mention. To buy a copy of the book in either soft or hardback format visit www.hopperprojects.com/shop/ 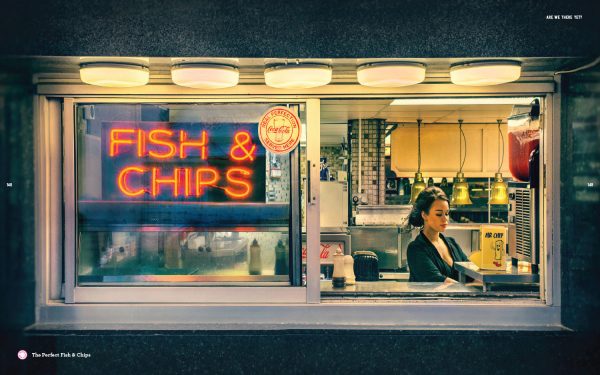