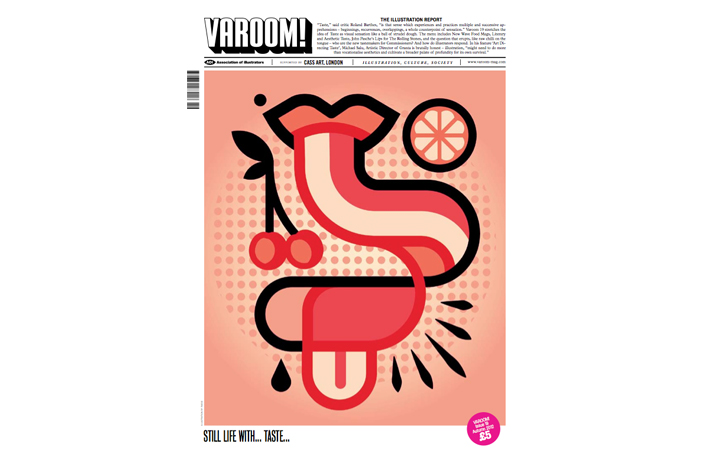 Varoom is a large format magazine produced in association with the UK’s Association of Illustrators and is full of in depth articles about contemporary illustration. I’m a big fan of the magazine especially in its new newspaper format and am pleased to have been asked to become a contributing editor to it.

The theme of Varoom Issue 19 was “Taste” and in my contribution I took this as an opportunity to consider global tastes and hybridisation of cultural tastes. 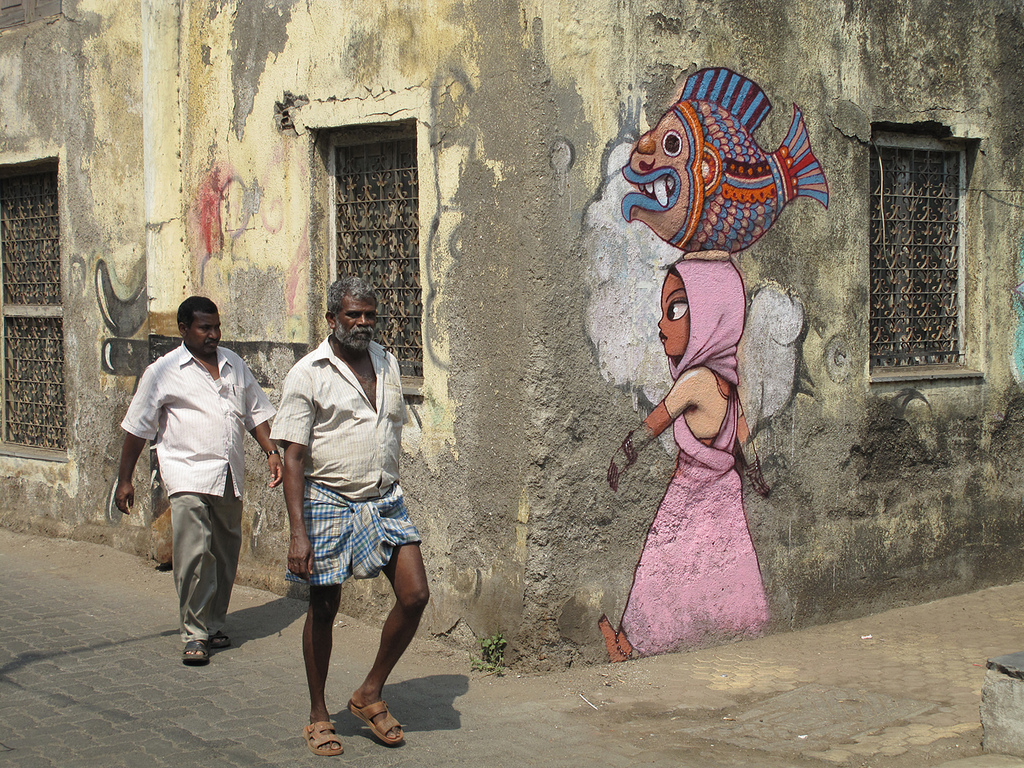 It was a great opportunity to present the work of Seth the Global Painter whose work I greatly admire. Parisien artist Julien “Seth” Malland is a globe-trotting street artist who has travelled and painted all four corners of the globe including; Mexico, Chile, Peru, Brazil, Palestine, India, China, Africa and Russia to name a few. 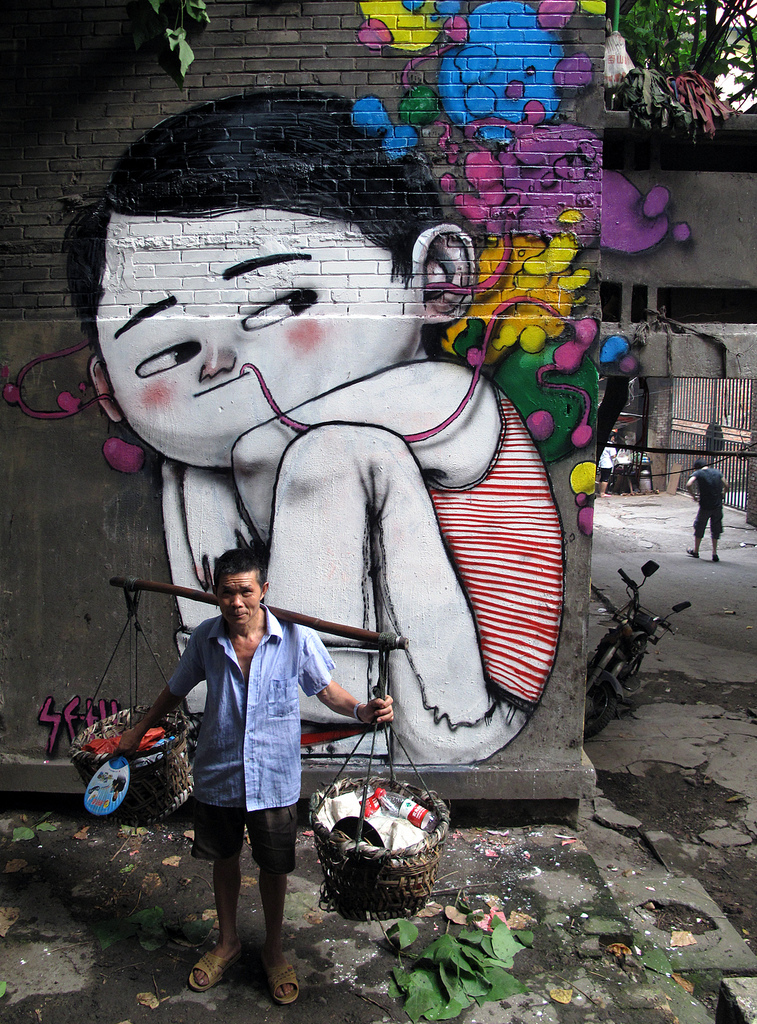 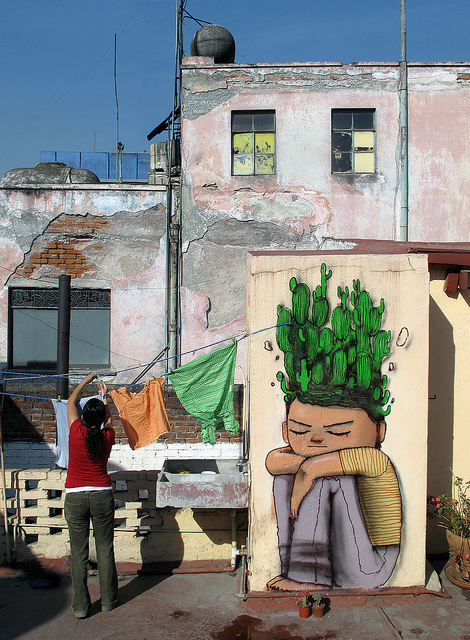 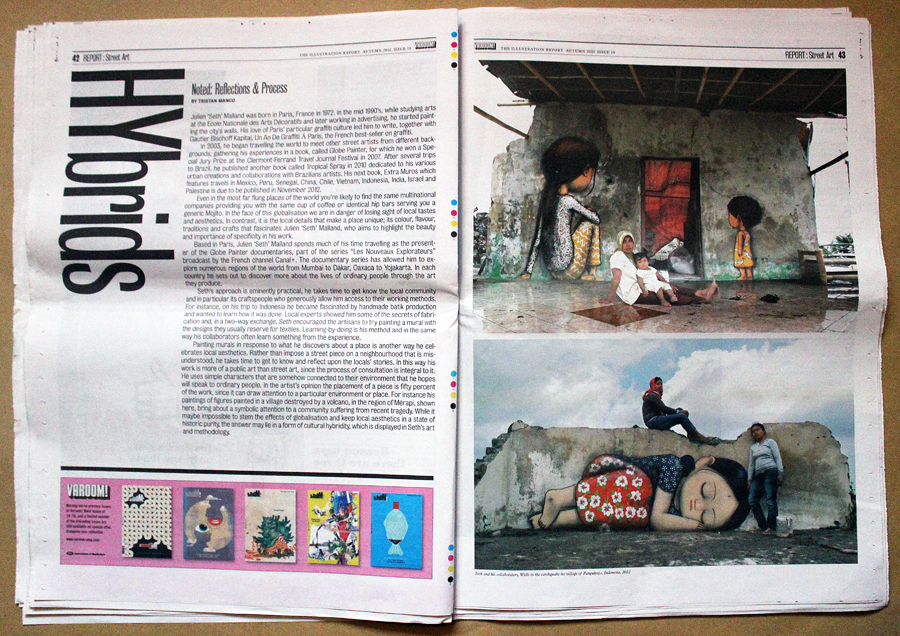 What I find interesting about Seth’s work is his passion for local culture and in particular folk art traditions. Since we only had four pages in the magazine we could only focus on one of his journeys which was to Indonesia but it was work that I found poignant. On his travels in Indonesia he sought out the craftspeople who worked with traditional batik techniques and learnt something of their craft while also encouraging them to have a go at mural painting with him. Through chance encounters he was invited to a village that had been destroyed by volcanic eruptions and with their guidances produced a number of figurative work that celebrated the lives of the local people which also drew attention to their plight. On Seth’s many travels he has seen the march of globalization and the loss of local traditions and tastes, through his work his intention is to highlight and promote the local arts and crafts that are the heart of local identity. 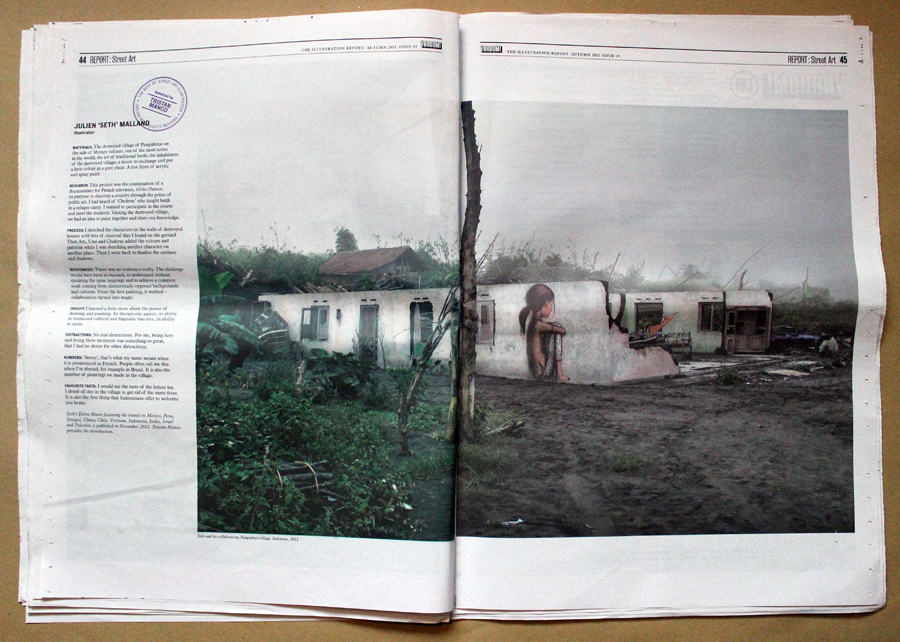