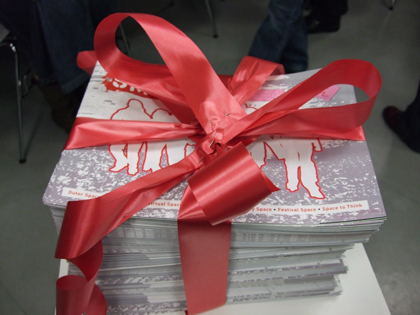 For a number of months I have been working with a team of students from Brislington Enterprise College, Bristol to produce a magazine called Smudge.

Once a week I worked with the students, introducing them to design ideas and generally helped them realise their own ideas for the magazine. The broad theme of this issue was ‘Space’ so the students looked at issues ranging from local places to Outer Space. The team made their own puppet story, took photographs, designed type, wrote poems, interviewed artists and reviewed films and generally worked very hard!

The project was facilitated by Creative Partnerships. 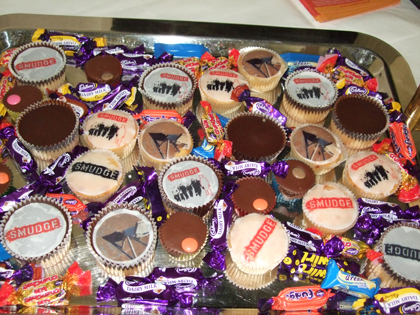 The pictures here are from this weeks launch party – which featured these great fairy cakes using images from the magazine.