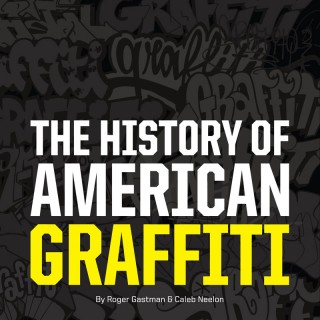 News from friend and fellow writer Caleb Neelon (who co-authoered Graffiti Brasil with me) – that finally the book he has been working on with Roger Gastman is out. After five long years of work and research – this looks like it going to be definitive. I’m waiting for my review copy to land but early reviews seem to be superlative… Knowing how seriously Neelon and Gastman take their work, they will have put in the effort – with a forward by Taki 183!

“‘Wild Style’ graffiti may be the most influential art movement since pop art. Roger Gastman and Caleb Neelon have written the definitive history of the origins and the heritage of the graffiti styles that emerged in Philadelphia, New York, and Los Angeles in the early 1970s and inspired young artists around the world.”
—  Jeffrey Deitch, director, Los Angeles Museum of Contemporary Art