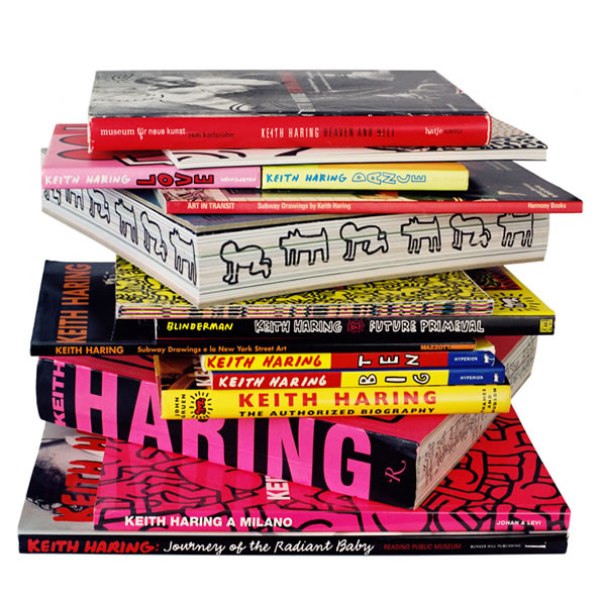 I’m the very proud owner of an amazing new photo edition by Mark Vessey (archival Fuji print – edition 25). The print is called “Haring” and its self-explainatory in that’s its a still life tribute to the man himself. Still-life photography is Vessey’s forte.

To steal a few words from my wife’s biography of the artist… UK-based photographer Mark Vessey blurs the lines between photographer and contemporary artist. Heavily influenced by Pop American culture, with Warhol and Haring particular heroes, Vessey uses his lens much as a painter uses his brushes, using light, colour and focus to produce his stunning and uniquely popular images.

His photographs of iconic pop culture heritage have now become icons themselves, highly prized in international collections and exhibited in such respected institutions as the Royal Academy. His group and solo exhibitions at galleries and international art fairs have been to huge acclaim and success and his work has been discussed in publications as diverse as Attitude magazine toThe Times. He has further produced cover images for several books and been commissioned to take striking portraits of various personalities.