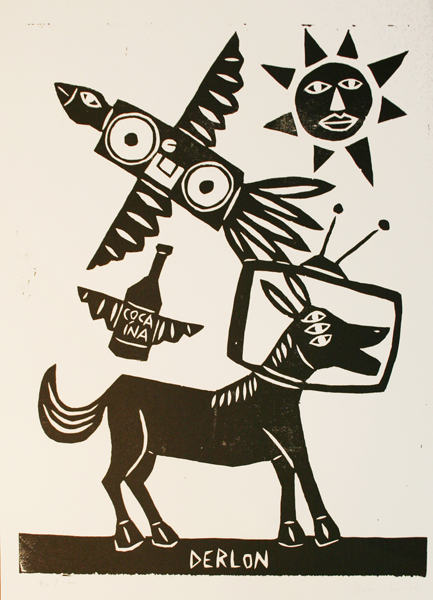 Choque Cultural have been busy working on new original prints. Some have been produced using the woodcuts and or a mixture with traditional Lambe Lambe woodblock print techniques at the Grafica Fidalga. These include two prints by Derlon and one each by Daniel Melim and Jaca.

Derlon Almeida is a young artist from Recife in the Northeast state of Pernambuco. Having been a graffiti artist since a teenager, today Derlon’s work is influenced by local culture and the traditional woodcut art of the region known as Cordel. 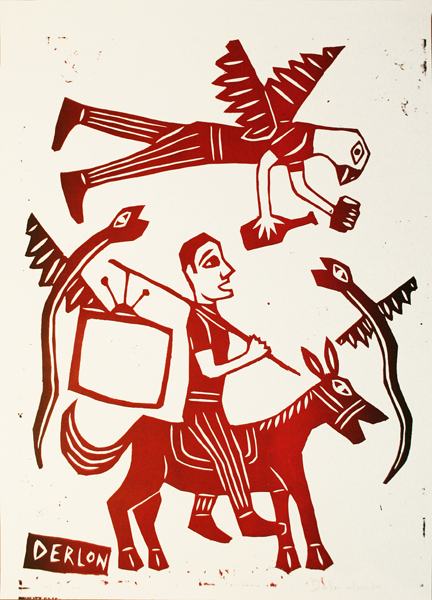