Posted at 09:32h in News by Tristan Manco 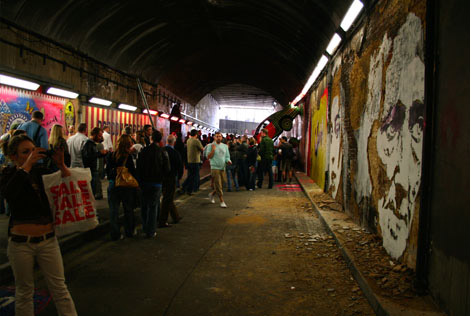 Mayday bank holiday saw the opening of Cans Festival. Behind the scenes this festival of Stencil Art had been in preparation since Feb 08. I was honoured to be given a curatorial role of behalf of POW to invite artists from around the world who I thought to be producing the best in Stencil Art. 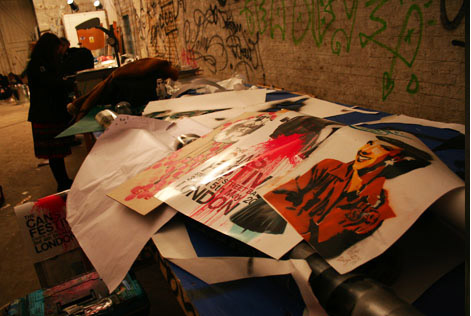 With nearly 30,000 visitors over three days and over 50,000 photographs tagged “Cans Festival” now on Flickr – the public and artists thoroughly enjoyed themselves. Perhaps most gratifying was the level of interactivity, with 651 artists from the public registering to paint their own stencils during the event. The main attraction unquestionably was Banksy, with four new large-scale murals, sculptures and anarchic installations, his work brought in a diverse crowd that art galleries can only dream of attracting. Not to be overshadowed, around 50 artists invited from 15 countries also made their mark with a diverse range of styles and subjects. From the well-regarded stencil graffiti hubs of Buenos Aires and Melbourne to the lesser-known hotspots such as Lisbon and Bergen, the cream of the stencil art world was in attendance.